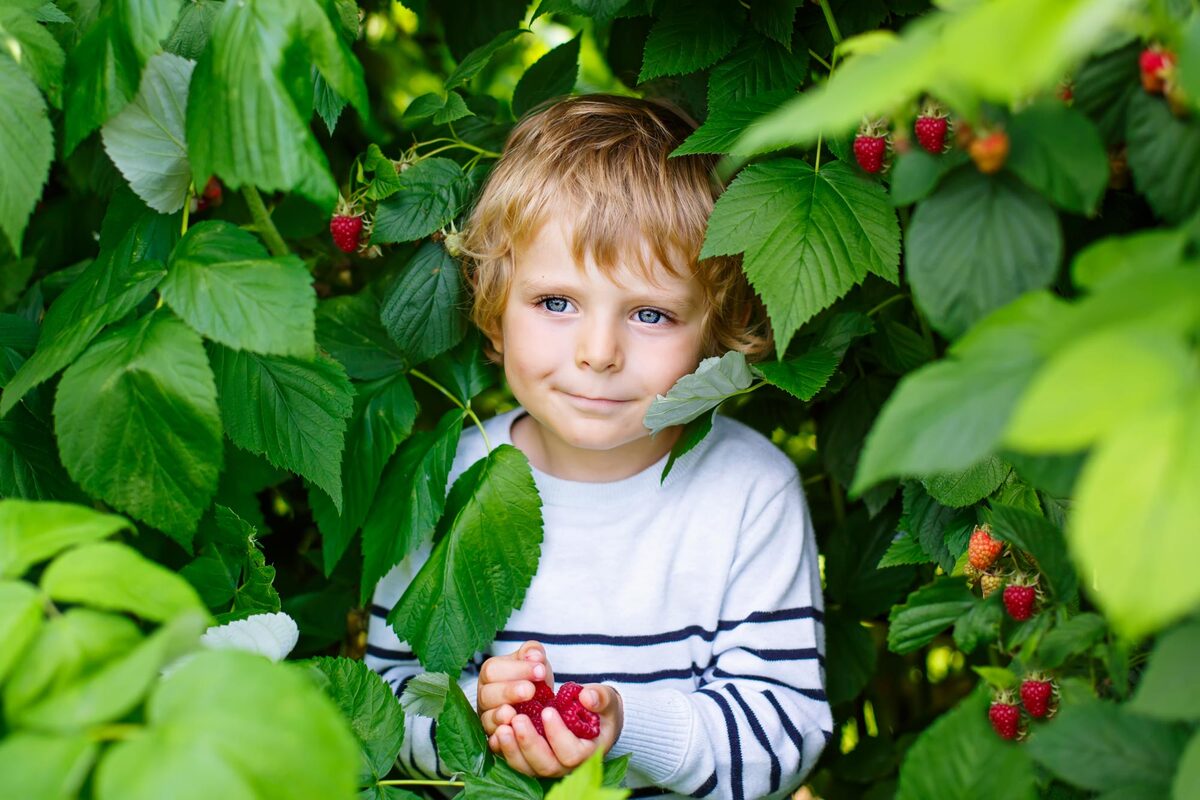 Poisonous plants & playground – that sounds pretty dangerous at first! After all, children should be able to play and romp in safety without any dangers lurking. It is not only important to exclude possible risks from the outset when it comes to playground equipment and facilities. There are also many things to consider when designing the surroundings, such as planting.

Not all poisonous plants are the same

First of all, poisonous plants are everywhere! They surround us in the wild, in parks and also at home as harmless-looking houseplants. However, not all poisonous plants are the same – the active ingredient content varies, for example, depending on the location, season, temperature, age or part of the plant. It is pretty clear, however, that children are particularly at risk from poisonous plants, as the child’s organism is not yet able to process the toxins. Nevertheless, it will not be possible to completely protect children from contact with low-toxic plants – many educators are also of the opinion that it makes more sense to impart knowledge and responsibility to children than to banish plants that are hardly harmful in the long term from the child’s reach. Therefore, it is essential to sort plants into those that are really potentially deadly and those that are less toxic.

From mildly to fatally poisonous: poisonous plants you should know about

The German Federal Ministry for the Environment, Nature Conservation and Nuclear Safety has published a list of “officially poisonous plants” in the Federal Gazette (06.05.2000, Vol. 52, No. 86, p. 8517). This includes 49 poisonous plants:

Another publication, DIN 18034, which among other things, also addresses the topic of “Poisonous Plants & Playgrounds”, is limited to six of these poisonous plants, namely daphne, spindle tree, holly, laburnum, statue of Hercules (hogweed) and ragweed. Dr. Elke Frenzel, supervisor of the Municipal Accident Insurance of Bavaria (Germany), writes in this regard that the renunciation of the use of the six plants mentioned in DIN 18034 are generally considered to be unproblematic to implement and also hardly constitute a reason for discussion in the planning and operation of playgrounds. With regard to the long list, the situation is somewhat different: Here, opinions differ as to whether, for example, the old black locust tree or the dense privet hedge need to be removed. An individual assessment of the risks is necessary here.

So it is always a matter of consideration which existing plants have to be removed. The age of the children also plays a role in this decision. While older children in a secondary school will hardly succumb to the temptation to “nibble” from the hedge during the big break, red berries in the garden of a crèche can be a real danger. Those who are concerned with the topic of “poisonous plants & playground” should know: There are plants that can have deadly consequences even in a small dose.

New dangers – allergens on the playground

However, there are also plants that are not deadly poisonous but are not desirable on or near playgrounds. For example, the herbaceous perennial, also known as hogweed or ragweed.

Giant hogweed – a terror for the skin

Giant hogweed (Heracleum mantegazzianum) is much more than just a non-native weed or, as botanists say, an “invasive neophyte” (invading, new plant). The giant plant, which was imported to Germany because of its imposing appearance and can grow up to five metres high, triggers extreme allergic reactions. Anyone who comes into contact with the plant must expect skin reactions a few hours afterwards, especially if the affected areas of skin have been exposed to sunlight.

The whole plant, including the root, contains photosensitising furanocoumarins, which cause so-called phototoxic reactions after contact and exposure to sunlight. In sensitive adults and children, the reaction can already be caused by merely grazing the surface of the leaves.

Giant hogweed? Do not confuse it with Angelica archangelica! Angelica is a perennial medicinal and spice plant, all parts of which can be used. However, angelica is easily confused with the deadly poisonous water hemlock. So, please be sure to identify all plants accurately!

Even those who do not consider themselves allergy sufferers so far could be allergic in the future – at least to one plant. Ragweed, also known as ragweed, can cause watery eyes, headaches and even asthma. This is because the pollen is tiny and reaches deep into the bronchial tubes. The Bavarian Ministry of Health for Health and Care writes that highly sensitive people show allergic reactions from as little as one to three pollen per cubic metre of air – and from ten pollen per cubic metre of air, a majority of people with ragweed sensitisation complain of typical allergy symptoms. In the case of grass or birch pollen, real exposure only occurs at concentrations of more than 50 pollen. Anyone who discovers a ragweed plant should do the following when removing it:

Another allergy trigger that is not a plant: The oak processionary moth: the new danger on playgrounds. Learn more about the caterpillars of the inconspicuous moth, which causes a lot of excitement with its highly allergenic stinging hairs.

In addition to numerous publications, the German Federal Institute for Risk Assessment (BfR) also provides a helpful app “BfR Poisoning Accidents in Children”, which, in addition to poisoning in the household and by medicines, also maps the category “poisoning by plants”. Here, there is an overview of the plants with illustrations, the poisoning picture, first aid recommendations and the possibility to contact the poison control centre directly via the app.

Thorns and nettles? They are part of everyday life.

We may be getting up in arms for this statement – but nettles are part of everyday life, just like thorns and thistles! Clearly, a thorny hedge has no place where children can fall, for example, in running areas. And tall nettles that restrict passageways are no fun either. But children should be allowed to learn that there are “defensible” plants. If there are some stinging nettles or hedge roses at the edge of a playground or a thistle gets lost in the meadow, there is nothing wrong with that. After all, risks are important for the development of every child. Why? Children need space and challenges that help them grow – this is the only way to promote healthy self-awareness in children.